Half a year in 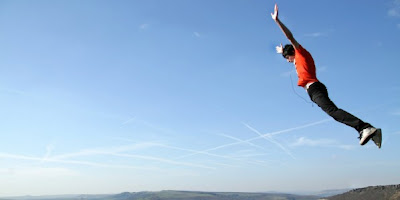 6 months ago today, I got on a plane at yvr and left friends, family, a comfortable job and a country I knew behind for a blind leap of faith.  Unlike my last major move, this one wasn't for love, but for a job.  I'm long over the jet lag, but it's still goint to take a long time to get over the culture shock!

These past 6 months have been a ride.  In a lot of ways, it's like relearning most of what you know.  I'll never forget 5 months ago, when I got my new (to me) car and I couldn't figure out how to put the thing in reverse.  Or how to open the trunk.  Or how to open the gas tank.  sigh.

And then the panic that I would feel when I would go into stores and they'd say something to me.  Most of the time it was something along the lines of "Can I help you" but if they didn't say it in the only way that I understood, I was clueless.  Well, after 6 months, my palms have stopped sweating when people talk to me.  I still don't fully understand what they say, but the panic has subsided.

In these 6 months, I've also had to deal with a major plumbing issue (YES, the hole is still there- it celebrated it's two month anniversary last week), working in a mostly German environment (though we work in English, all my collegues are German and unintentionally forget to switch to English thereby keeping me out of the loop on some subjects) and seemlingly constant minor health issues (it seems like I'm allergic to every plant/tree/bush Germany can grow)

But through all of this, I have made an amazing circle of friends in such a short time and I'm so grateful.  For without them, there would be a whole lot more tears, empty wine bottles and charades.

For this journey at least, failure is not an option.
Posted by Katherine Correia at 11:43 AM 1 comment: